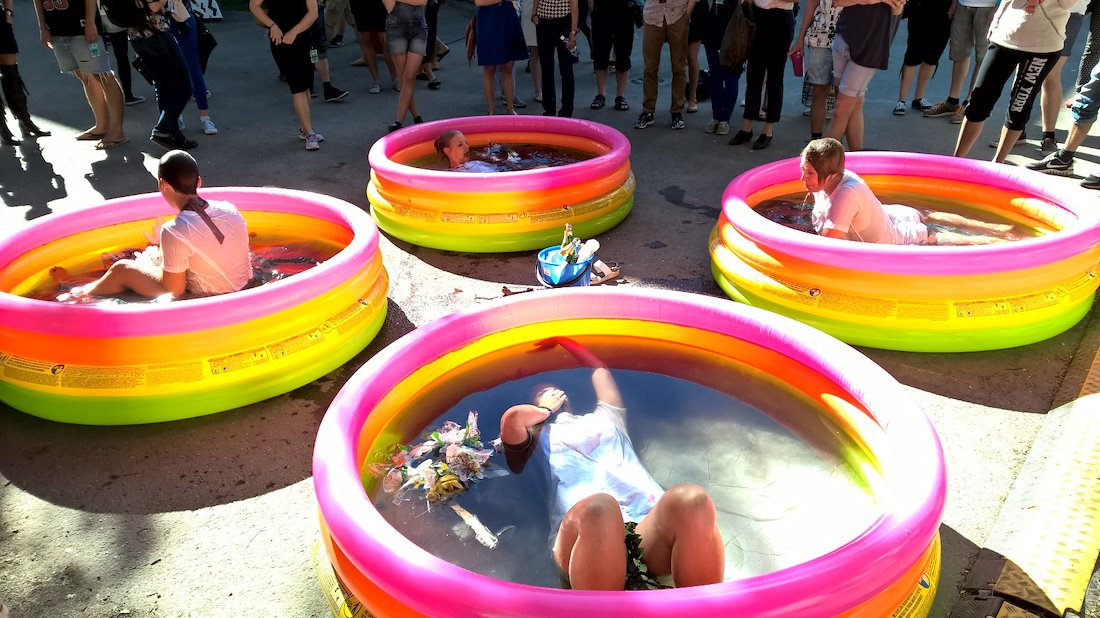 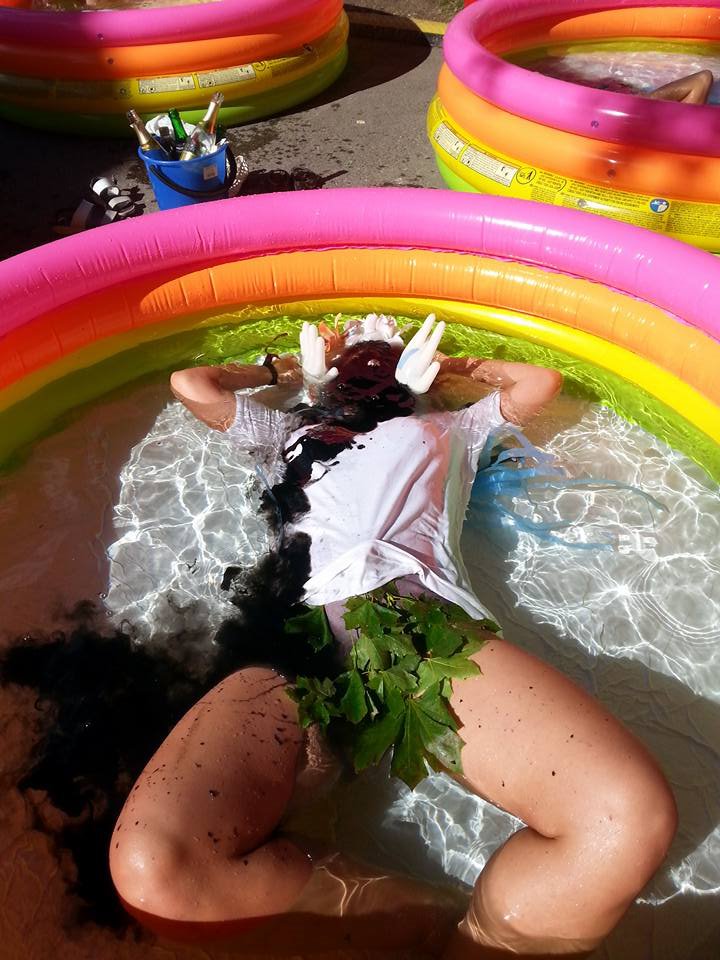 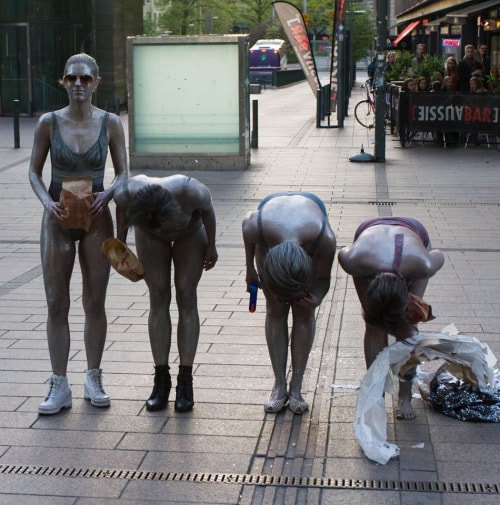 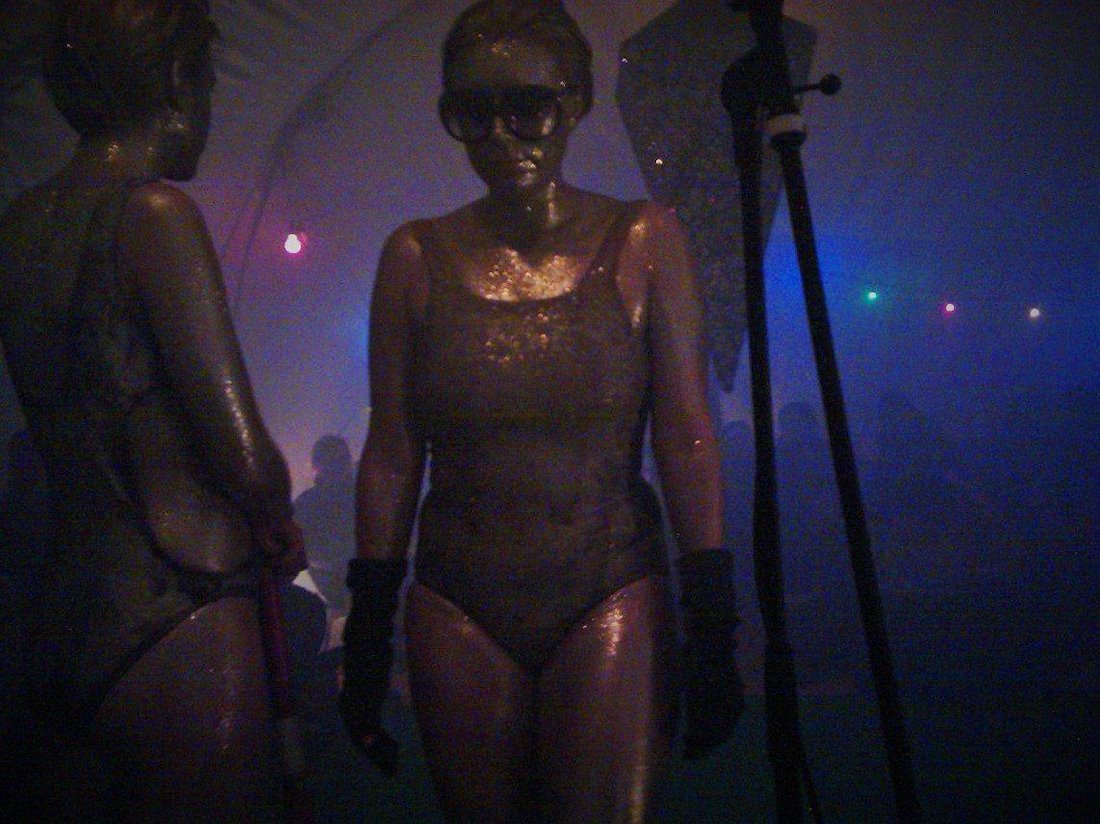 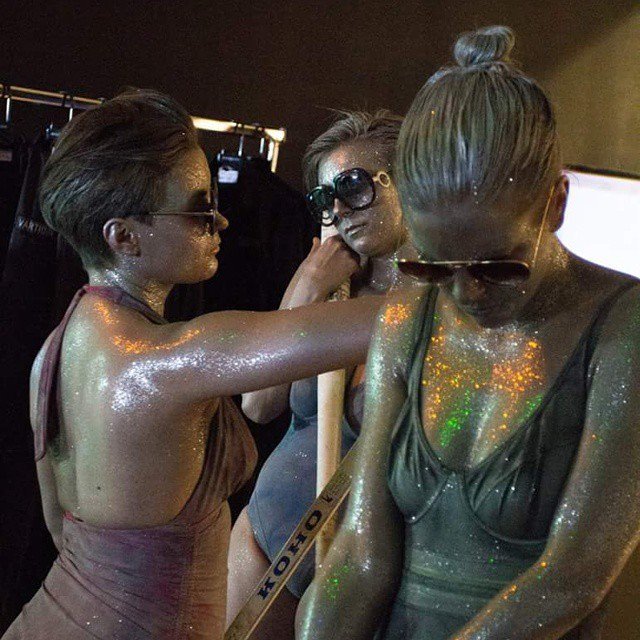 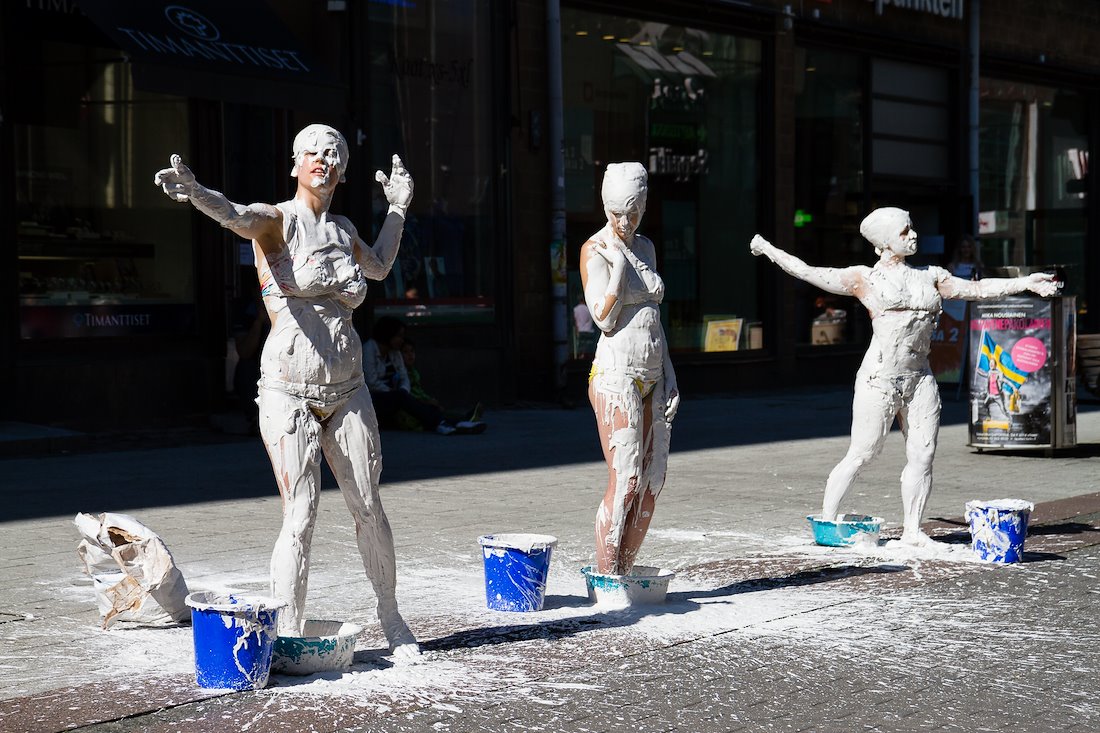 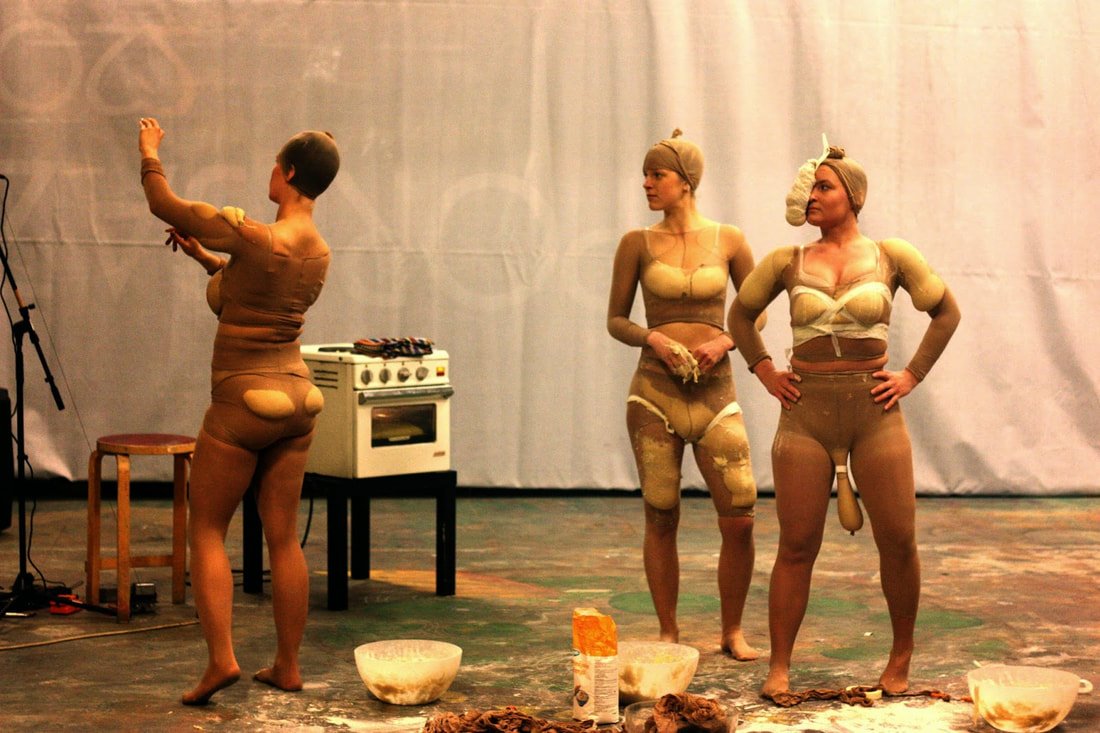 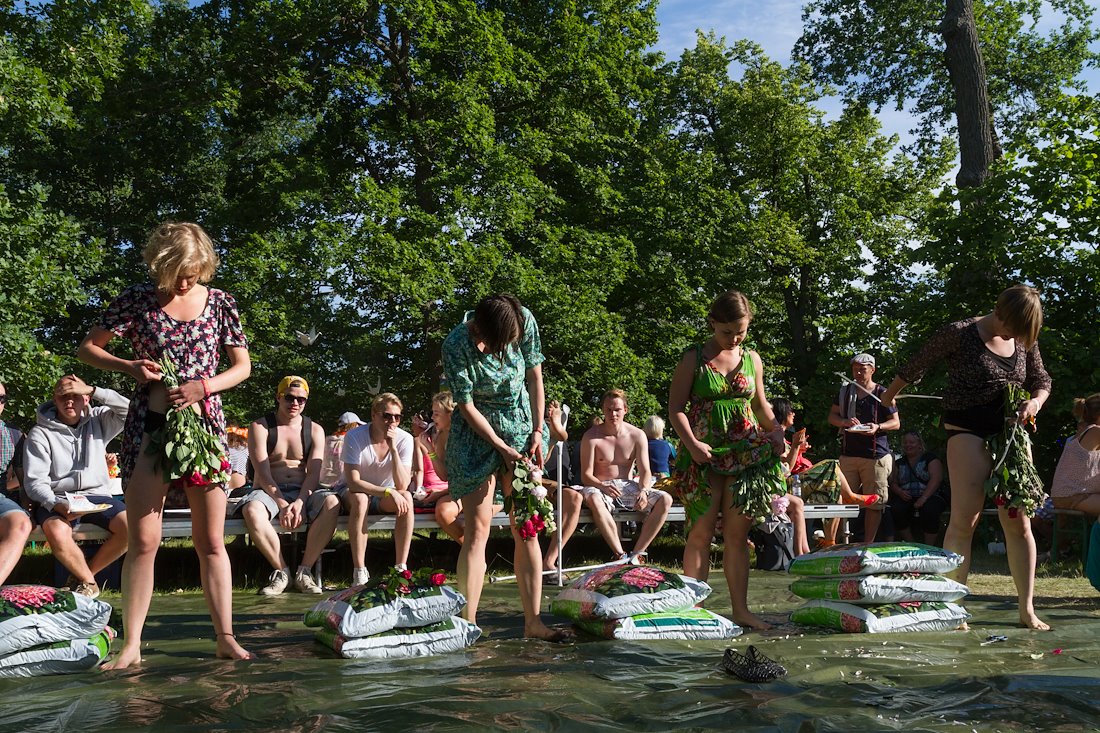 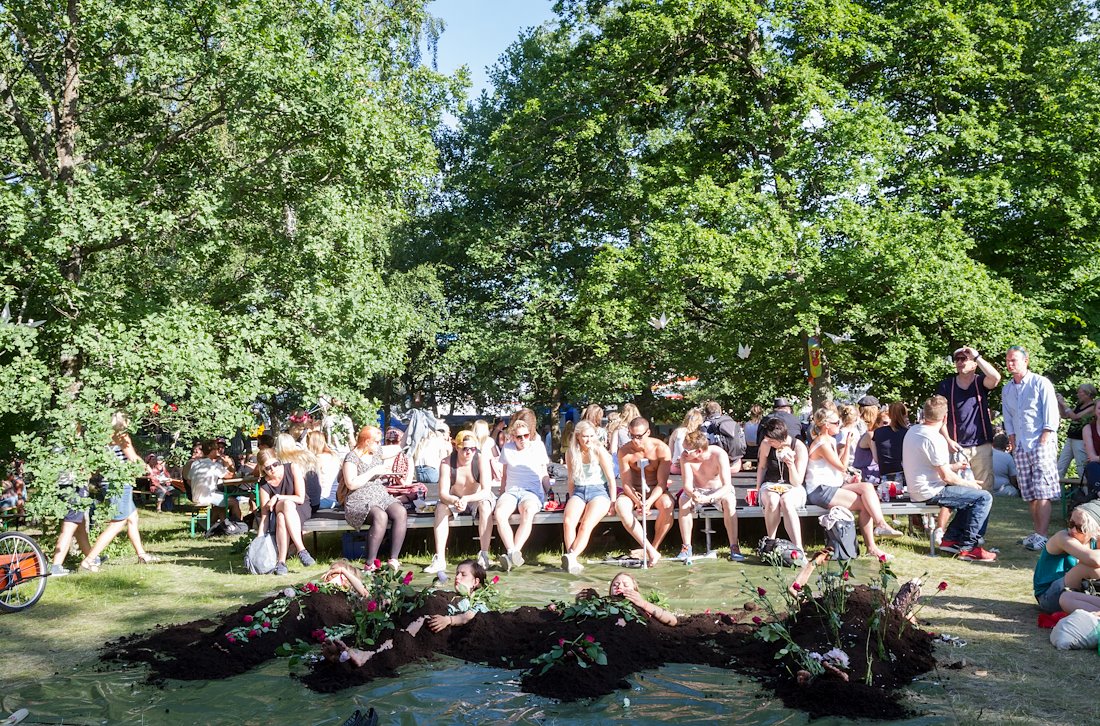 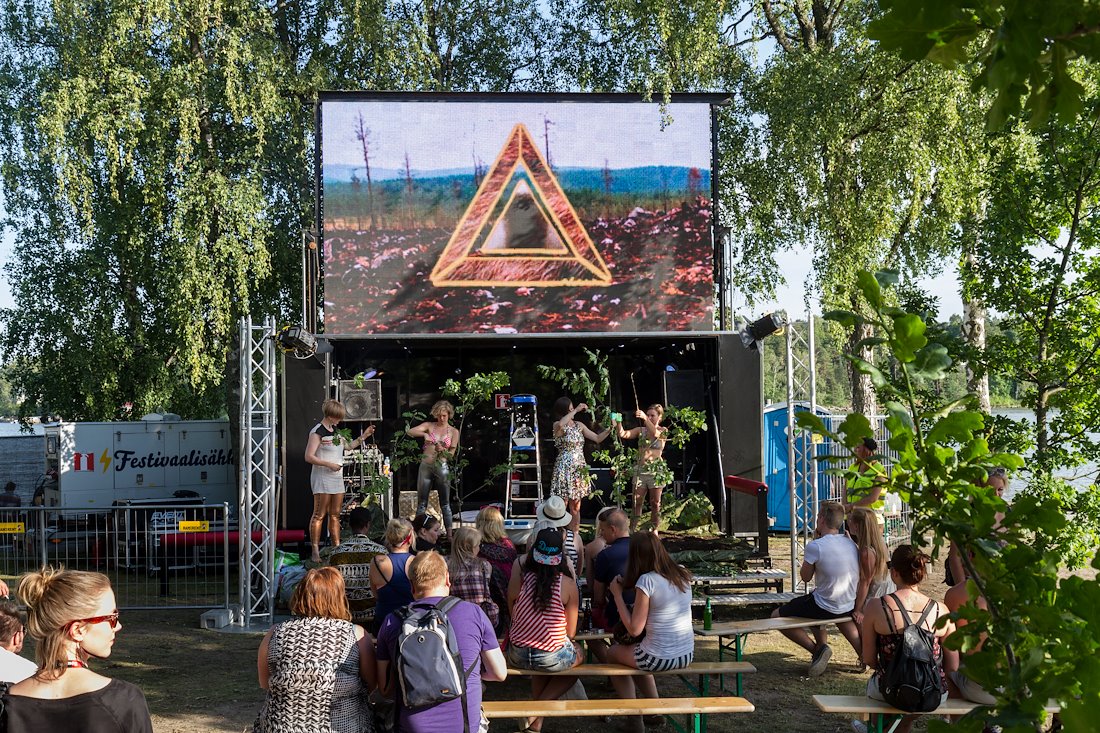 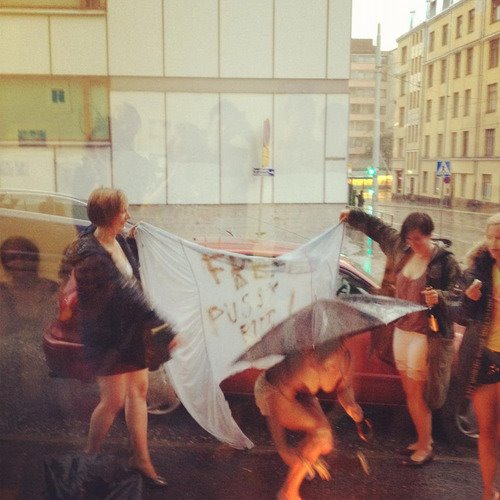 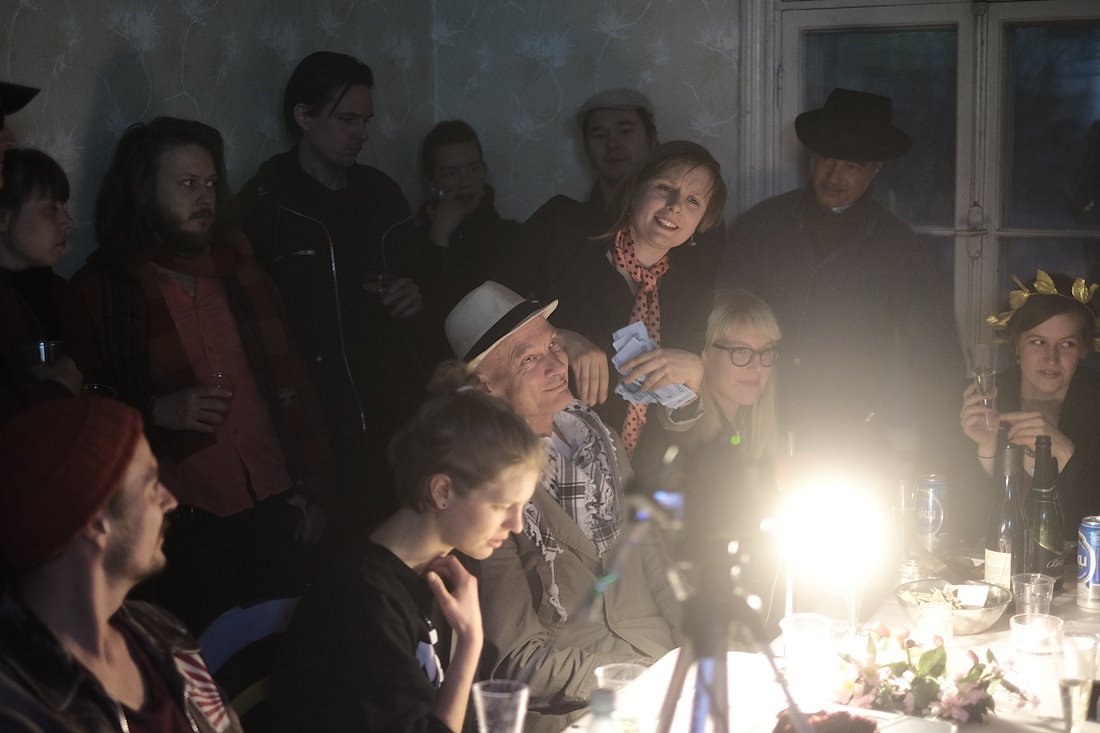 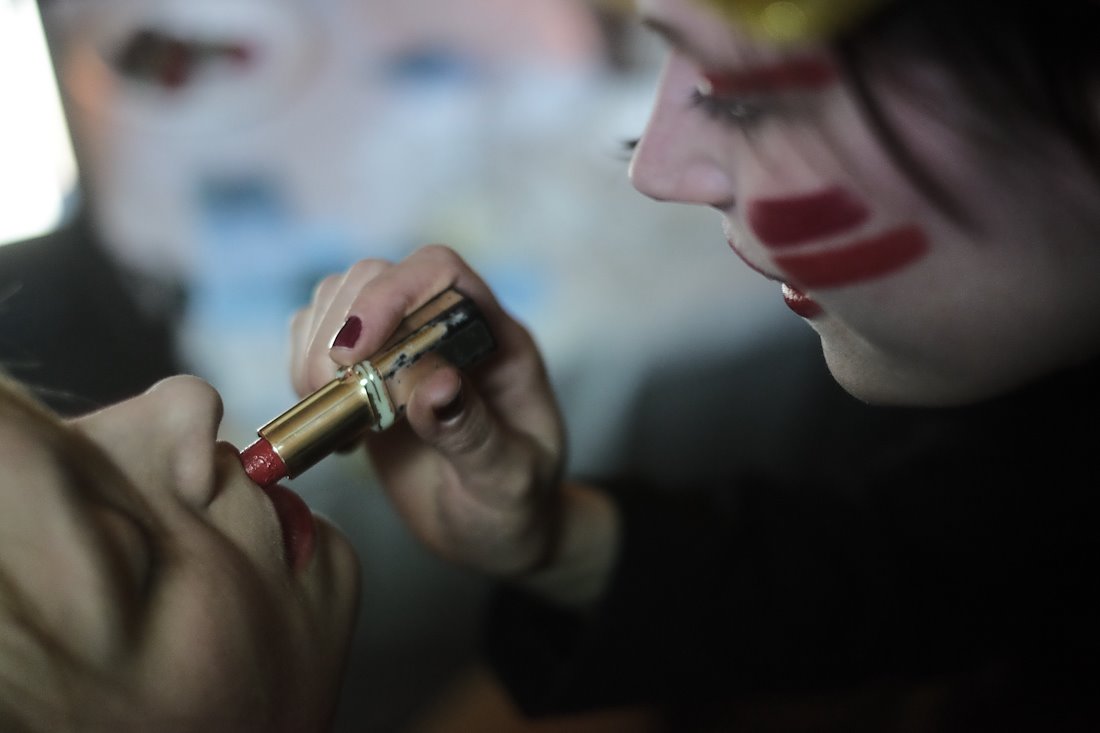 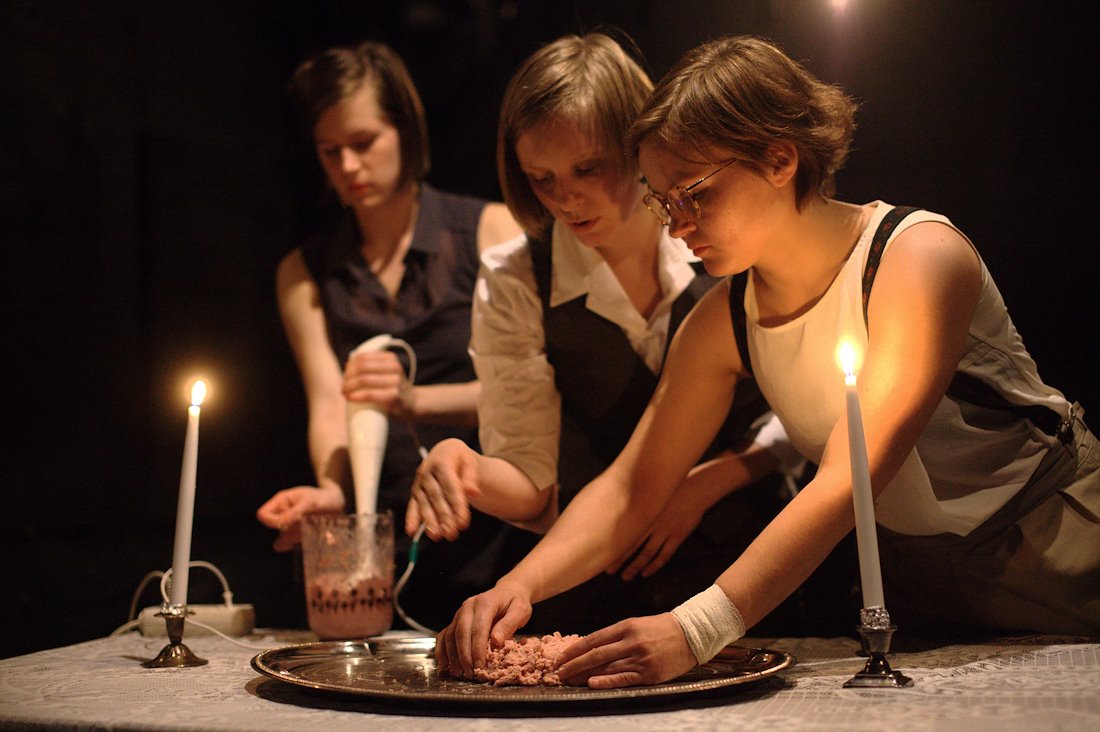 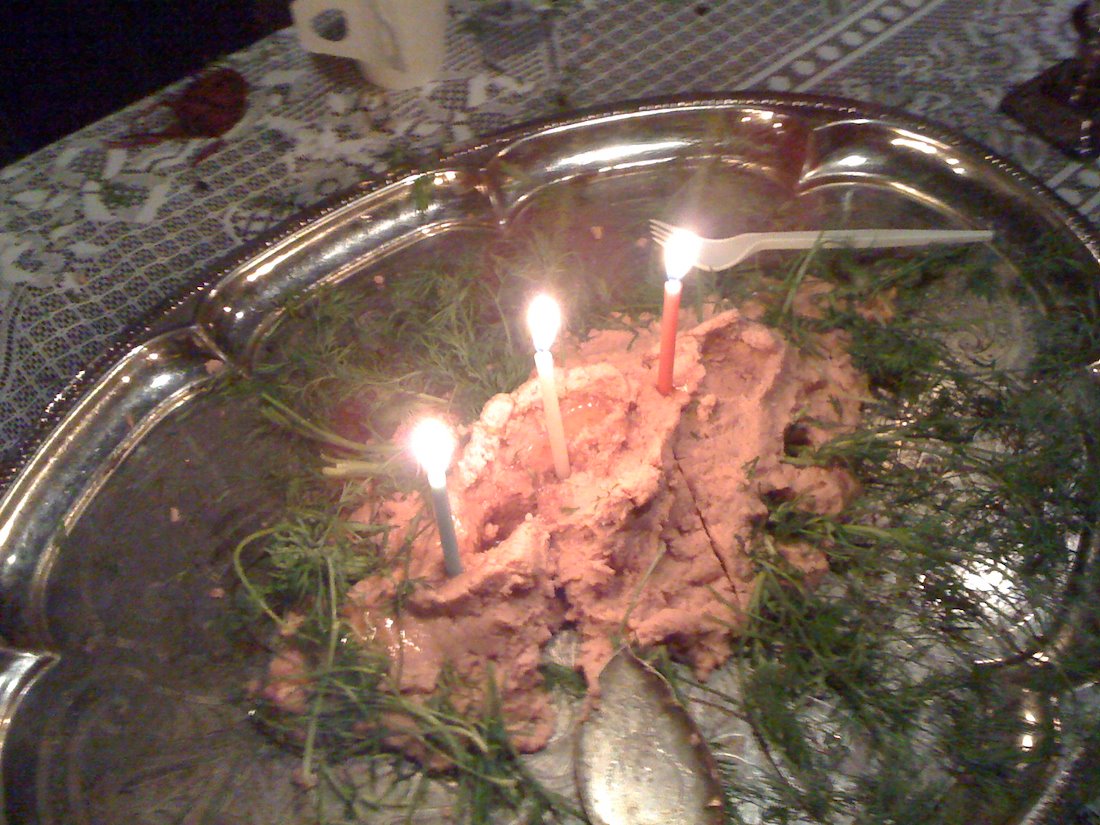 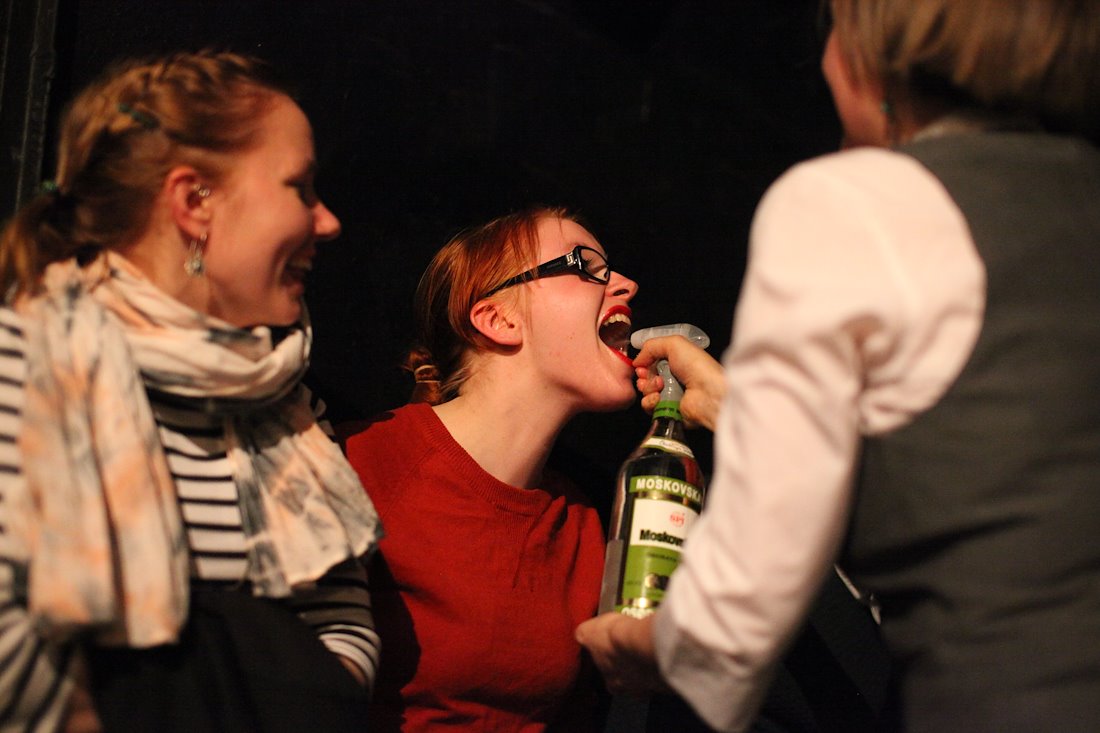 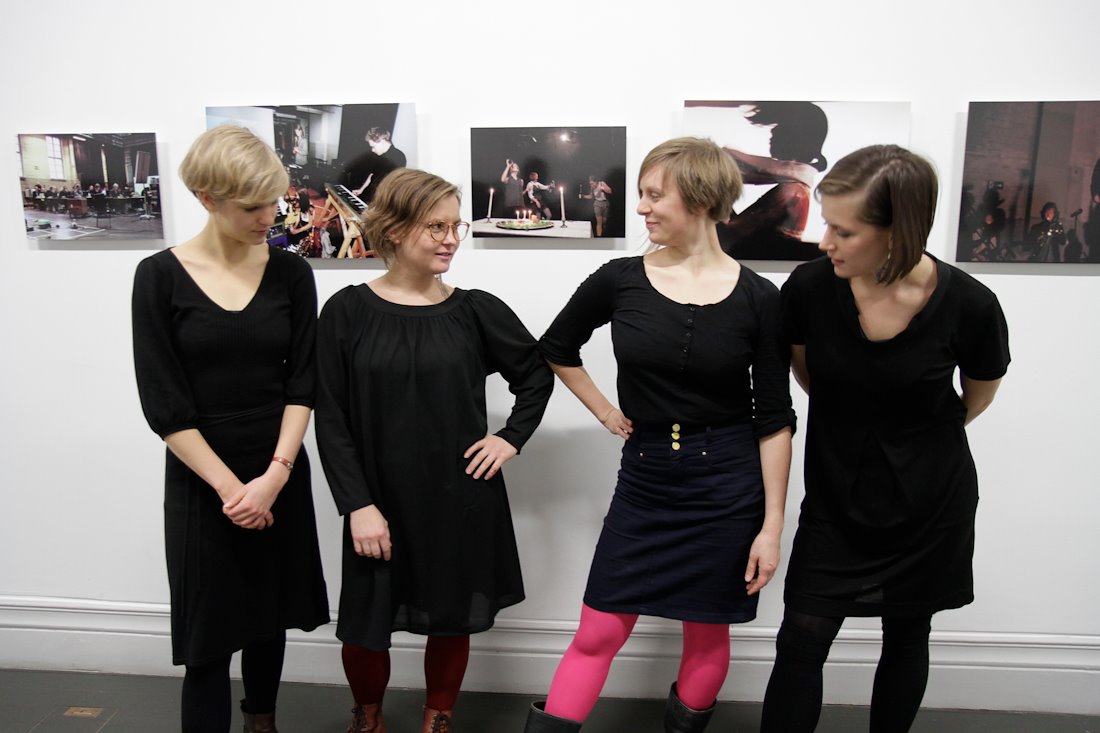 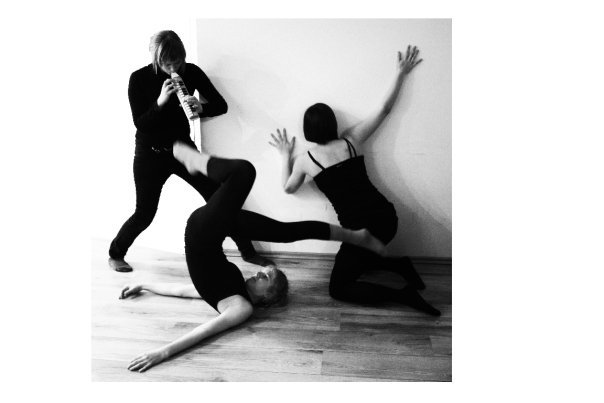 Nussivat Pääskyset has been turning water to vodka and infecting the world with its carnevalistic gospel in various venues from domestic cupboards and kitchens to rock festival stages and performance events since 2009. We are a wedding orchestra; a ruthless pop song and a toast to love, disco, glitter and grit. Our working method is to plan our performances to be site-, time-, situation - and audience-specific.

Since 2009 we have performed in several private events, performance festivals (e.g. Lá-bas, Olohuone, LuxHelsinki ) and also music festivals like Flow festival and Ruisrock.

Blog text about a performance in Olohuone festival in Turku 2014